My current audiobook is  Galileo’s Daughter: A Historical Memoir of Science, Faith and Love, but I am featuring other audiobooks for Top Ten Tuesday.

Alternate history set in a magical England. One of my favorite fantasy books! The longest audiobook on this list, and maybe the longest I have listened to. It’s an amazing performance, but probably best for a reread. I read the book twice before listening to the audio.

Julian Comstock: A Story of 22nd-Century America by Robert Charles Wilson, read by Scott Brick. (source: hoopla digital, library checkout)
I LOVED this and someday I’d like to listen to it again, but the digital service that I checked it out from has now dropped it, so I’ve moved on to other things! This book is really well suited to audio, though, and the narrator is fantastic. A hard book to de

Two Plays for Voices by Neil Gaiman, read by a full cast, produced by Seeing Eye Theatre and the SciFi Channel. (source: audiobook CD from library)
This audiobook includes two short stories, both of which I had read before. Snow, Glass, Apples is a retelling of Snow White as a horror story. Murder Mysteries is a mystery set in heaven’s City of Angels before the fall, where the first crime has been committed. Both are rather disturbing (especially the latter). Excellent performances. Murder Mysteries is probably my favorite short story by Gaiman, apart from some of the stories for the Sandman series, and I think I like the audio version best. 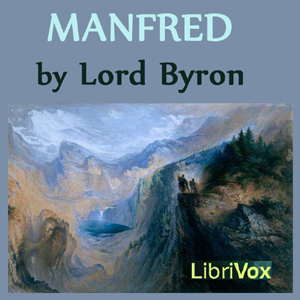 Manfred by Lord Byron, read by a full cast for LibriVox – I listened to this after reading it.  I have not read much of Byron, but I loved it! It was one of the first books I reviewed on this blog. 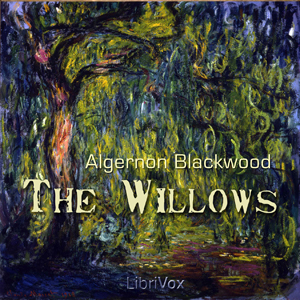 The Willows by Algernon Blackwood, read by Michael Thomas Robinson for LibriVox.  The classic horror novella. One of the scariest things I have ever read. (I also wrote reviews for the others, on GoodReads before I had a blog.)

Good Omens by Terry Pratchett & Neil Gaiman — I am not sure who the narrator is for this one (there might. I have read this twice and I’m a little surprised to realize I have never heard it on audio. I think I would like to download the audiobook next time.

The Age of Wonder: How the Romantic Generation Discovered the Beauty and Terror of Science by Richard Holmes, read by Gildart Jackson. I have not listened to very much nonfiction on audio, but I think I would like to try this one. It is similar to listening to a podcast (but maybe a bit more dense, I think).

The Tensorate Series by J..Y. Yang, read by Nancy Wu. I am currently reading The Black Tides of Heaven which I got as a free download from Tor some time ago. The library only offers the other books in the series as part of this collected edition, so I will probably continue the series on audio.

The Chemical Wedding: A Romance in Eight Days by Christian Rosencreutz (on CD), read by John Crowley. I am considering maybe checking out the print book or ebook from the library & reading along with this one. It might be too hard to follow by just listening.

Often described as an alchemical allegory, John Crowley instead decided this is the first science fiction novel. After all, it‘s fiction, it‘s about the possibilities of science, and it‘s a novel. No matter what else it might be, it is definitely one of the great outlandish stories in Western literature.

The Wild Shore by Kim Stanley Robinson, read by Stefan Rudnicki — This is Robinson’s first novel. The library offers it on audio and I want to try it sometime.
honorable mentions:

Aurora by Kim Stanley Robinson, on CD (I think I’ll get to it sometime this year, but I probably want to do The Wild Shore first).

I would like to listen to the audio of The Lord of the Rings and The Silmarillion someday. I don’t think the library has either one as a downloadable audiobook, though.